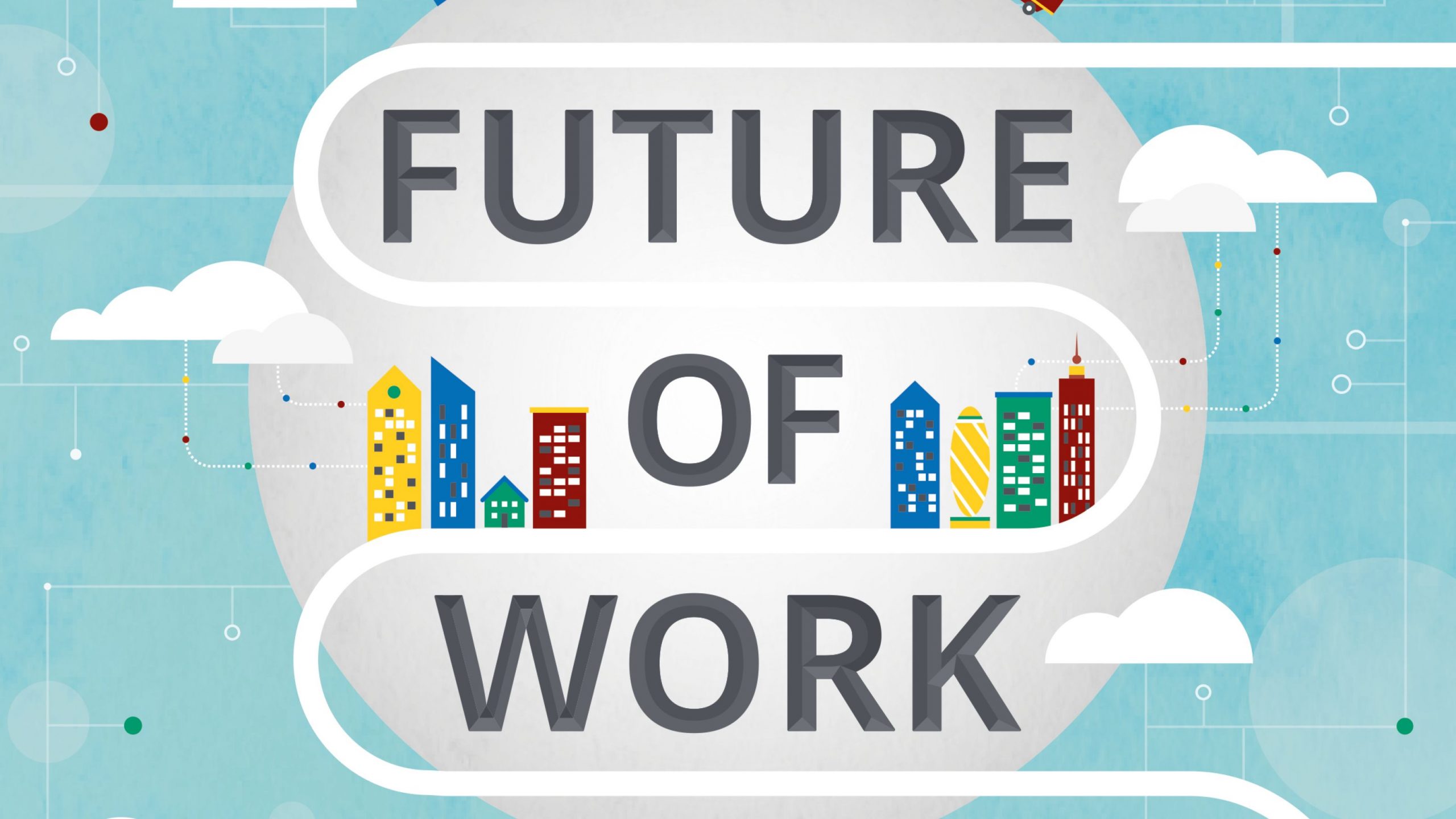 “While businesses today may not be offering on-site tattooing, pet maternity leave, or desks that convert into beds for ultimate employee comfort, we certainly are trending in that direction.”

But after researching my top 10 extreme work trends for 2015, I couldn’t be sure someone isn’t offering those things.

After reading through this list, see if you agree: There’s never been a better time in the history of the world to be an enterprise employee. (With the possible exception of item No. 1.)

Much to the horror of introverts nationwide, The Washington Post has reported that about 70 percent of U.S. offices have no or low partitions. Like many work trends, this one started in Silicon Valley, with Google, Yahoo, eBay, and others. The most extreme example was completed by Facebook just this year–a 430,000 sq. ft. building designed by architect Frank Gehry. The interior is basically one giant open space that can house 2,800 employees, providing plenty of room for great ideas (as well as airborne viruses?) to incubate and spread. That one employee who burns his microwave popcorn every afternoon is about to make far more enemies. But at least they can escape to the roof, where a 9-acre garden awaits them.

For those companies that aren’t Facebook, maintaining adequate office space for a growing staff can be challenging and expensive–especially when 30 percent or more of your staff may be out of the office on any given day. Hoteling and hot desking aren’t necessarily new solutions to this problem, but 2015 may mark the year they moved from being subjects of Dilbert cartoons to being implemented in a big way in modern business offices. (See “The Edge,” a futuristic building in Amsterdam, where consulting firm Deloitte has 1,000 desks for 2,500 workers, and which Bloomberg Business has called “the smartest building in the world.”)

While often used interchangeably (and differently, depending on where you live), hoteling and hot desking aren’t exactly the same thing, although both mean that no one has a permanent, assigned desk. The biggest difference? Hoteling requires a reservation, and hot desking often does not. In The Edge, there’s an app that finds you a desk–or a balcony seat, or whatever–and even adjusts the light and temperature to your preferences.

More and more companies (including Workfront, the company I lead) are offering perks like unlimited PTO (paid time off) and extended parental leave, particularly in the ultra-competitive tech industry. It’s no surprise to see Netflix, Eventbrite, Ask.com, and Evernote offer unlimited PTO policies, but even companies like General Electric and the Virgin Group are trying it in some segments of their work force.

Likewise, The Seattle Times recently reported on the parental leave trend, highlighting companies that far surpass the requirements of state and federal law, including Hilton Worldwide (2 weeks paid leave, which is unusual for the hospitality industry), Accenture (16 weeks paid leave), Microsoft (20 weeks paid leave), and Netflix (unlimited paid leave for both parents for a year after a birth or adoption). Some even offer cash bonuses to mothers-to-be for maternity clothes and baby gear.

Zappos made headlines over the past couple years when it eliminated job titles and traditional manager roles, shifting instead to a “holacracy.” The move required employees to adopt an entire new vocabulary and paradigm of work. (There’s even a holacracy constitution.) Goodbye hierarchy; hello self-organizing teams. If you’ve always dreamed of not having a boss, this may be the paradigm for you. As reported in Forbes, employees who didn’t embrace the new environment at Zappos were offered several months’ severance pay–and 14 percent of them took the money and ran, perhaps taking advantage of trend No. 10, below.

5. Pet Insurance and Other Perks

The old standbys of health insurance, flexible spending accounts, and employer-matched 401(k) plans are child’s play these days. Companies like Scripps Health and even Workfront are extending the benefits to your pets, which is surely welcome news to proud parents of fur-babies (especially those who have ever had to take a pet to a veterinary emergency hospital on a weekend). It’s all part of the race to stay competitive at a time when 50 percent of employers nationwide have an open job for which they cannot find qualified candidates.

It’s not just tech giants like Google, Facebook, and Twitter that are feeding their employees breakfast, lunch, and sometimes even dinner every single workday. Smaller companies like Yammer, StumbleUpon, DOMO, and Zynga also have free cafeterias or catering. The Edge takes it a step further: you can use an app to order a dinner recipe, and a bag of fresh ingredients will be waiting for you at the end of the workday. Bloomberg Business did not specify whether a professional chef would accompany you home to cook the meal for you, but they also didn’t say one wouldn’t.

In Silicon Valley, it’s not unusual to see private, decked-out company buses ferrying employees from designated bus stops to campus. Some offices offer in-house salons and massages. I’ve even heard of one company that will bring in people to refinance your home for you while you work.

In Workfront’s annual State of Enterprise Work report, we found that 82 percent of office workers log into work outside of standard business hours during a typical work week; more than half (52 percent) log in every day. Weekends tell the same story, with 72 percent checking work or work email on some weekends and 39 percent logging in every weekend. The biggest reason employees do this is “to try to get ahead of my work,” but we unfortunately failed to include “to make up for my late-afternoon massage” as one of the options.

For various interconnected reasons, the typical 9-to-5 workday is rapidly vanishing, and we’re all becoming increasingly flexible about when, where, and how we get our work done.

9. Looking Beyond the Résumé

The days of being able to base hiring decisions on just two factors–a résumé and an interview–are long gone. Now, potential prospects get Googled and checked out on LinkedIn, not to mention other social sites like Facebook and Instagram. In fact, more and more often, employers are seeking out talent through these channels rather than simply selecting from the pool of applicants that apply through more traditional means. What does this mean for you? Landing an exciting new job could require nothing more than keeping your LinkedIn profile up to date.

10. The Rise of Freelancing

Despite efforts by employers to make offices places people would almost never have to (or even want to) leave, freelancing is also on the rise. The benefit to employers is that they don’t have to pay benefits. The upside for freelancers is the complete flexibility and the ability to work at home in their pajamas. Forbes recently cited a study by Elance-oDesk showing that 53 million Americans are now independent contractors. That’s 34 percent of the American work force.

It’s ironic how the cutting-edge tech companies that are transforming the expectations of the American enterprise worker by offering food, transportation, haircuts, and massages–not to mention on-site entertainment in the form of pool tables and video game rooms, all in the name of attracting and retaining top talent–are the very same companies creating the technology that allows people to freelance from home.

The latter option sounds great, in theory, but who’s going to cater your daily organic lunch?