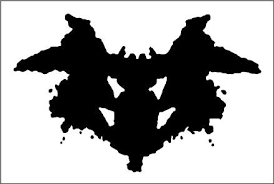 The first reaction you get from people when you tell them you are a psychologist is “oh, so what am I thinking now?” This reflects not only the ubiquity of human narcissism – yes, most people’s favourite topic of conversation is themselves – but also the common misperception of psychologists as mind readers. Sadly, this Freudian inspired view of psychology is incorrect. As it turns out, psychologists – especially academic ones – are no more intuitive about people than other professionals are (ok, maybe we are better than accountants and software engineers, but I’ve not found any data to support this, so I’m just being intuitive here).

Yet for over 100 years psychologists have been developing a wide range of scientific tools to describe, explain, and predict human behaviour. Although these tests do precisely what most people hope psychologists could do (but don’t) there is much scepticism about them. As a consequence, psychological tests are not used as widely as they should, especially in employment settings. Organisations, managers and employees all benefit from understanding how a person works, what their interests and values are, whether they will fit in with a team, and how much potential they have for a job or role. However, instead of leveraging science to answer these questions, they end up relying on their gut feeling or making decisions based on methods that are as accurate as tossing a coin, and a lot more expensive. So what are the common arguments against the use of personality tests in the workplace, and how valid are they (the arguments, and the tests)?

1. People can fake their answers: Because most personality tests are based on self-reported information, it is tempting to assume that respondents will fool the test by lying, faking, or distorting their answers, particularly in high-stake situations (e.g., job application, promotion rounds, etc.). Although this is the most common argument against personality tests, it is actually unfounded. First, when tests are adequately designed, it is not easy to guess what different questions assess, or how different answers will be interpreted, making deliberate manipulation quite ineffective. For example, “I choose a different route to work every day” is a statement that relates primarily to a candidate’s creativity, whereas “I’m extremely creative” captures how arrogant or self-deceived a candidate is, rather than whether they are creative. Second, good tests not only allow for a certain degree of dishonesty – they actually encourage it. The underlying premise is simple: in important real-life situations, like a job interview, it is far more adaptive and attractive to present a favourable image than to be honest or “just be yourself“. For example, when people endorse the statement “I enjoy working with others” they are probably not telling the whole truth. Some people are a joy to work with, but others are a real pain. Paradoxically, the former are the ones who pretend to enjoy working with others; the latter are the ones who admit that they don’t. The crucial point, then, is not whether people lie, but whether lies make tests inaccurate; and so long as lies predict future behaviours, they don’t.. To use a clearer, but less elegant, example, the best answer to the question “have you ever farted in public?” is not the true answer, but the answer that reflects awareness of social etiquette: to fart is human, even when you are in public; but to admit it is vulgar and inappropriate, especially when you are trying to get a job. In short, people may try to fake, but they are generally not smart enough to fool good psychometric tests – and if they are, they should be hired anyway.

2. Tests are inaccurate: Laypeople and scientists have different criteria to evaluate the accuracy of a test. To laypeople, the only criterion is whether they agree with the results. Yet 50-years of psychological research show that self-perceptions are inaccurate and inflated, as our unconscious desire to feel good about ourselves – our optimism bias – is much more powerful than our enthusiasm for reality. This explains why the most popular tests (think Buzzfeed quizzes or the MBTI) are those that tell people what they want to hear, and why negative feedback is so hard to digest. However, science has rarely mixed well with political correctness and populism, and an important value added of tests is the ability to reveal blind spots to the test taker: “here’s something you didn’t know about you; it may hurt, but it will help you”. In line, the accuracy of scientific personality tests does not depend on the degree to which scores align with test-takers’ self-perceptions, but on the tests’ ability to predict respondents’ actual behaviour: what they do, rather than how they think of themselves. Hundreds of independent academic studies demonstrate that (good) personality tests predict a person’s job performance, leadership effectiveness, entrepreneurial success, and job satisfaction. Of course, they do not predict these outcomes with 100% degree of accuracy. Humans are more complex than, say, fish or squirrels, and even our simplest behavioural choices are affected by an array of volatile and unpredictable situational forces. The main question, then, is how accurate or predictive psychological tests are, both compared to alternative methods and in the grand scheme of scientific prediction. And the short answer is that tests are much more accurate than you might think. As rigorous reviews show, the correlation between well-established personality tests and occupational outcomes is around .40; that’s significantly higher than the correlation between those same outcomes and any information derived from typical job interviews, recommendation letters, or biographical candidate records. It is also substantially higher than the correlation between Ibuprufen consumption and pain reduction (.14), smoking and lung cancer within 25-years of smoking (.08), coronary bypass surgery and survival rate (.08), and as strong as the relationship between Viagra and improved sexual functioning (.38). Importantly, the predictive power of personality tests is still demonstrated when candidates are assessed in high-stake settings (for the reasons noted in point 1). There is also conclusive evidence for the ROI of psychometric tests in the context of personnel selection.

3. Personality changes from situation to situation: But it doesn’t, really. We tend to overestimate how complex we are. That is, although we enjoy seeing ourselves as complex and unpredictable beings (e.g., “I listen to all sorts of music”, “I like all types of food”, and “No single day is ever like the other”), we are really just creatures of habit. Good psychometric tests can therefore tell us how you are likely to behave in different situations, even compared to other people. It is not that your behaviour doesn’t change from one situation to another. However, your personality doesn’t, because it affects and predicts how you are likely to behave in different situations. This is particularly noticeable when we examine broad patterns of behaviour, such as major life outcomes. If you are interested in evidence, consider the fact that personality predicts career success over a 50-year lifespan, political attitudes over 45-years, psychological disorders over 17-years, health and mortality risk over 70-years; and that happiness is better predicted by genetic aspects of personality than income. So, despite the overwhelming number of choices we face every day, and the fact that we are clearly free to control our behaviours and make our own decisions, we mostly act in predictable ways; and even when our behaviour appears irrational, it is by and large still predictable.

4. Tests are unfair: If by “unfair” we mean that some people do better than others, then yes. And by the same token, life is unfair, too. However, when those differences in performance are actually related to job potential (e.g., a person’s ability to sell insurance, drive a bus, or manage a winning team), then surely it would be more unfair to hire the weaker candidates. Moreover, unlike IQ tests, which also predict job performance, personality tests do not harm the chances of minority applicants. And alternative selection methods – e.g., job interviews, application form, employment references – are generally less valid , more expensive, and more prone to biases. Finally, despite the stability of personality across the lifespan, personality tests evaluate interests, preferences, and typical patters of behaviour. These are not set in stone, which means that with some sense of direction and a fair amount of dedication and coaching, it is possible to attain meaningful improvements in critical aspects of our personality, like our interpersonal skills (or at least attenuate the negative effects of our dark side tendencies).

5. Tests are reductionist and “pigeonhole” people: This is an ironic criticism given that it is not the tests, but the people, who are prone to making stereotypical and prejudiced evaluations of others. To the degree that tests capture valid information about a person’s character – how they differ from others – then tests are the natural antidote to unfounded stereotypical evaluations of people. Furthermore, unlike laypeople’s inferences of others’ personality, which are based mostly on uncontrollable factors that undermine diversity (e.g., nationality, gender, age, socioeconomic status, etc.), personality tests focus on generic patterns of thought, action and behaviour. They are therefore colour blind and gender neutral, as well as unrelated to a person’s educational or socioeconomic background – back to the issue of fairness then…

6. Tests are intrusive and pick up private abnormalities: The only “intrusive” element of a personality test is to not reveal the exact purpose of each question. However, scientific tests comply with strict ethical standards and national laws for both research and practice, and their administration requires the test-taker’s consent and involves a transparent exchange with the test-taker (unlike, for example, in the case of big data and social analytics), who is usually provided with some feedback after completing the test. In the case of employment tests, questions are carefully selected to tap into work-related behaviours and focus not on a candidate’s private life, but on their ability to contribute to the organisation and the role.

7. Success depends on context, so how can you give the same test to everyone? Just like individuals, organisations overestimate how unique they really are. Yes, every job is somewhat different and there are millions of jobs and companies. And yet, successful employees tend to be more or less similar everywhere. Likewise, every organisation appears to have its own competency model, but they all look alike. Clearly, one should not automatically assume that the findings of generic academic research are applicable to one’s organisation, but when personality tests are widely used, test publishers will be able to inspect their data archives to find the most relevant benchmarking norms and pick the most accurate algorithm to customise a test for each specific purpose.

If you made it to this point (well done!) I was probably preaching to the converted. Unlike you, most people will continue to dismiss valid personality tests as inaccurate, even when their arguments seem irrational and their preferred alternatives for understanding people are less useful. That is an interesting personality test in itself.