Keeping Innovation in the Mix After the Merger 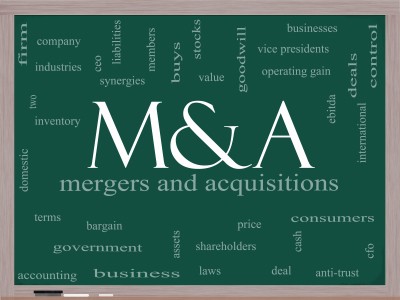 18 jul Keeping Innovation in the Mix After the Merger

Worried what will happen to your company’s creative spark after getting acquired? Follow these guidelines and thrive.

For all the high-minded talk about creating synergies, accelerating innovation, and better serving customers, the fact is that many-if not most-acquisitions fail miserably. The acquired business’s employees either check out or get pushed out; its products are “sunsetted.”

A Boston Consulting Group analysis of publicly listed companies says more than half of mergers and acquisitions transactions end up destroying value for the acquirer in the longer term, reflected in company share price. For the companies being acquired, it can be a straight shot to oblivion: For every Android, YouTube, or Zappos, there’s a Bebo, Dodgeball, or Del.icio.us. (See “Acquisition Hits and Misses: Where Are They Now?”)

That said, there are plenty of good reasons to acquire another company–to gain access to a new market, say, or to pick up expertise without starting from scratch. But there are steps you can take–before, during, and after the deal–to improve your chances of maintaining the culture of innovation that may have attracted you to the target in the first place.

1. Hold on to key people. Legally, there are ways to encourage employees to stay on through an acquisition, says Ted Wang, an attorney with Fenwick & West, whose clients include Facebook, Twitter, and Dropbox. “It is very common to have part of the acquisition price paid in some form of retention, where critical employees must stay to earn it,” he says. But keeping employees’ hearts in the game requires understanding the environment people are already thriving in and reassuring them that the crucial stuff won’t change.

2. Don’t rush to integrate. Depending on the kind of company you’ve acquired, the best integration may be the go-slow kind. “The people who excel at building something from scratch rarely overlap with the people who want to work in the belly of a megacorporation under two new layers of management,” says David Heinemeier Hansson, co-founder and CTO of software maker Basecamp. For that reason, acquisitions of tech startups, for example, can be quite hands off. “There are some deals where the purpose is to acquire a company as a standalone and help it thrive under a larger umbrella,” says Wang.

What matters, Wang says, is having a business understanding-before the sale-of your vision for the target company and its leadership: “Are you looking for another piece of software in your channel or do you want a standalone business that can leverage or partner with existing assets?”

3. Sometimes, let them stay put. For some companies, staying in familiar surroundings is vitally important to maintaining resident genius. When Vermont-based media company EatingWell was bought by Meredith in 2011, for example, a clear decision to let staff stay eased tensions, says Jessie Price, now EatingWell’s editor in chief. “They did their research and got that our brand had synergy with Vermont and made sense here.”

Rather than moving across the country, employees soon moved into brand-new office space down the road, with a gleaming test kitchen and a video studio. “We weren’t even really doing video yet,” says Price. “It was an obvious sign they wanted us to grow and branch out.”

4. Sweat the small stuff. Successful integration is often about getting the little things right. How do your two companies organize the first day of an employee’s experience? How much control do people have over their time? How many approvals are needed for decisions? What’s the physical distance between the boss and employees? Says Hayagreeva (“Huggy”) Rao, a professor of organizational behavior at Stanford Graduate School of Business: “All the little things together make the big thing.”

Mergers by the Numbers

$350 billion: The approximate value of mergers and acquisitions activity, public and private, in the U.S., first quarter of 2014, the most since 2007

75% of the 500 largest global companies (nonbanking) used M&A to grow.

64%: The probability of positive return on investment of a programmatic (many small investments) M&A strategy

45% of acquisitions of private companies by public companies produce positive shareholder returns after one year.