Is no management right for your business? 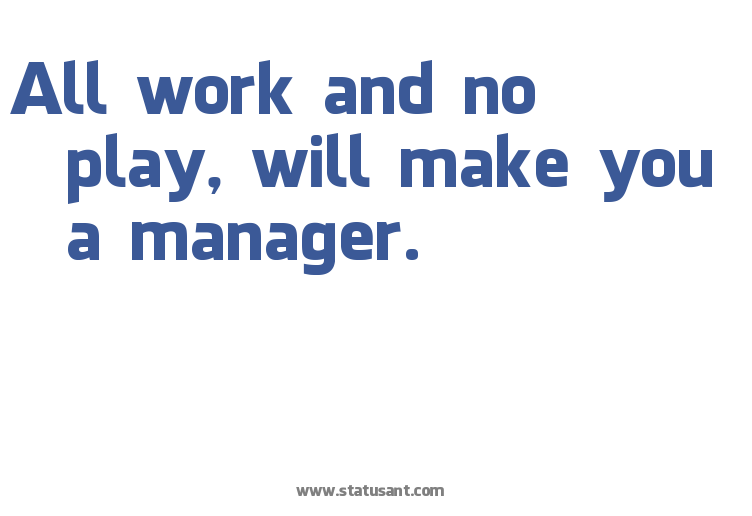 01 mei Is no management right for your business?

There are a lot of non-traditional structures coming up in management in Silicon Valley as well as an entire notion of removing bosses. Management makes a lot of people cringe. It is associated with bureaucracy, people watching and inefficiency, and more and more companies are trying to find newer ways to work with people better.

Medium has adopted the principle of ‘Holocracy‘ successfully with its 90 employees. Holocracy is a self organizing form of management (SOO) where the company is organized in circles and each circle has a purpose. Employees can choose which circle they want to work in. Zappos adopted Holocracy for part of it’s company as well, and recently went as far as to offer its employees a severance package if they aren’t all in with the structure.

AngelList has a one-person startup structure where there are no managers and employees choose which projects they want to work on and how they will spend their time.

Valve, with 400 employees, has created a self-management organization with no management or bosses and people choose who and what they work on. Valve has managed to get more revenue per employee than Google or Apple with this self management technique.

Buffer has adopted a structure of no managers, complete transparency of financials and salaries not just for employees but have made it public. The company also has a distributed decision-making process where you can make decisions in your area as long as you seek advice from people.

There is some tremendous potential and benefits with these new structures including an increase in personal responsibility, high productivity, less bureaucracy, and a greater emphasis on ownership and contribution.

Prof. Ethan Bernstein, a professor at Harvard Business School, said that employees need sufficient degrees of both autonomy and privacy to be their most productive and the new management structures are able to provide these for them.

Decision-making is often distributed, which leads to greater accountability and not being constrained to holding approvals for only the people at the top.

Frederic Laloux, author of re-inventing organizations, also notes that employees bring themselves much more fully to work and not just their professional selves; as a result companies with innovative management structures or “no management” see levels of energy, passion and creativity which are unprecedented.

But should you immediately dismantle your own management structure and bin the manager? Here are some things to consider if you want to go down the no management route:

Be prepared to invest more time upfront and continually on structure

One of the most important things to understand is that no management is never equal to no structure. No structure devolves into chaos and politics very quickly. With no structure, decision making can be heavily influenced by informal biases,which does not make for a healthy environment.

Removing a traditional form of management means you’re actually investing a lot more in understanding structure because the structure will replace some human management component. A company has to have structure to handle dismissals, promotions, compensation, performance reviews, internal conflicts, informations flows, project management and you have to invest time in coming up for ways to handle all these areas in the absence of no managers.

All of this is in no way trivial and in addition there aren’t many previous business cases to rely on. No management — if done right — is actually a lot less efficient upfront, but has its pay-off’s in different ways later on, as the organization grows.

Onboarding in companies who’ve adopted Holocracy and in newer structures like AngelList does take a lot of time, so be prepared for patience if you go that route. Most people are hard wired into thinking having bosses are the way things work and naturally tend to look for people to guide them. The concept of no bosses is a fairly new one, not yet well understood by many people outside the most bleeding edge of startups.

Jason Stirman, Holocracy coach at Medium ensures that every new employee understands how the organization works, since it’s mostly new for all of them and there is an education component involved. AngelList has a transparent internal wiki with all the information on how to get people comfortable in this relatively new environment.

Hiring becomes even more important in these models. The hiring process for companies with non-traditional structures also tends to be long and complex. AngelList, for example, usually attracts past founders and people with good persuasive powers, since you have to persuade your colleagues to collaborate on projects without managing them.

You are not only looking for A-players but people with a certain set of qualities who are willing to work with within your structure.

Make sure the founding team is committed

One indication which is seen across the board in newer management styles is that the CEO and founding team themselves are committed to it and introduce it themselves. Creating a new structure will lead to resistance by some folks and if the core founding team, including the CEO, is not committed to it, it won’t work out.

Tony Hsieh was responsible for bringing the change to Zappos, Joel Glascoigne and Leo Wildrich blog about Buffer’s practices and thought process regularly, Ev Williams was interested right from the start in how Holocracy could work for Medium and finally, Naval Ravikant doesn’t try to manage folks at AngelList.

In all these cases one thing is clear: the founding team is committed to the structure because something like this sets up the tone and culture for the company going forward.

In conclusion, make sure to take time to understand why you want to invest in a no management structure company. Don’t just do it because the word management makes you cringe. Terrific managers actually do exist and management can be made to work with great hiring or even innovation in existing management models.

A great example is Google’s famous 20 percent time where each employee can decided what to do with 20 percent of their time and what to work on – those kind of hybrid models can work well to an extent.

When implemented well, companies have seen tremendous benefits making it worth the implementation effort. Finally don’t try to copy any structure blindly, the structure and model you choose is actually dependent on you, the people and the company’s day to day operations.

Source: The Next Web / Romy Misra