In big move, Accenture will get rid of annual performance reviews and rankings 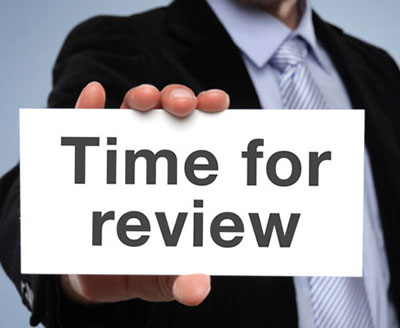 24 jul In big move, Accenture will get rid of annual performance reviews and rankings

As of September, one of the largest companies in the world will do all of its employees and managers an enormous favor: It will get rid of the annual performance review.

Accenture CEO Pierre Nanterme told The Washington Post that the professional services firm, which employs hundreds of thousands of workers in cities around the globe, has been quietly preparing for this “massive revolution” in its internal operations.

“Imagine, for a company of 330,000 people, changing the performance management process—it’s huge,” Nanterme said. “We’re going to get rid of probably 90 percent of what we did in the past.”

The firm will disband rankings and the once-a-year evaluation process starting in fiscal year 2016, which for Accenture begins this September. It will implement a more fluid system, in which employees receive timely feedback from their managers on an ongoing basis following assignments.

Accenture is joining a small but prominent list of major corporations that have had enough with the forced rankings, the time-consuming paperwork and the frustration engendered among managers and employees alike. Six percent of Fortune 500 companies have gotten rid of rankings, according to management research firm CEB.

These companies say their own research, as well as outside studies, ultimately convinced them that all the time, money and effort spent didn’t ultimately accomplish their main goal — to drive better performance among employees.

In March, the consulting and accounting giant Deloitte announced that it was piloting a new program in which, like at Accenture, rankings would disappear and the evaluation process would unfold incrementally throughout the year. Deloitte is also experimenting with using only four simple questions in its reviews, two of which simply require yes or no answers.

Microsoft did away with its rankings nearly two years ago, attracting particular attention since it had long evangelized about the merits of its system that judged employees against each other. Adobe, Gap and Medtronic have also transformed their performance-review process.

“All this terminology of rankings—forcing rankings along some distribution curve or whatever—we’re done with that,” Nanterme said of Accenture’s decision. “We’re going to evaluate you in your role, not vis à vis someone else who might work in Washington, who might work in Bangalore. It’s irrelevant. It should be about you.”

Though many major companies still haven’t taken the leap, most are aware that their current systems are flawed. CEB found that 95 percent of managers are dissatisfied with the way their companies conduct performance reviews, and nearly 90 percent of HR leaders say the process doesn’t even yield accurate information.

Brain research has shown that even employees who get positive reviews experience negative effects from the process. It often triggers disengagement, and constricts our openness to creativity and growth.

CEB also found that the average manager spends more than 200 hours a year on activities related to performance reviews—things like sitting in training sessions, filling out forms and delivering evaluations to employees. When you add up those hours, plus the cost of the performance-management technology itself, CEB estimates that a company of about 10,000 employees spends roughly $35 million a year to conduct reviews.

“The process is too heavy, too costly for the outcome,” Nanterme said. “And the outcome is not great.”

Interestingly, though, the decision to roll out an updated approach usually has little to do with reining in those numbers. Kropp said companies aren’t likely to save much time or money by transitioning away from their old ratings systems to a new evaluation process. Where they stand to benefit is, instead, the return on those investments. “The smartest companies are asking, how do we get the best value out of the time and money we are spending?” Kropp said.

That’s the question Accenture posed to itself. And its answer was that performance management had to change from trying to measure the value of employees’ contribution after the fact. It needed instead to regularly support and position workers to perform better in the future.

“The art of leadership is not to spend your time measuring, evaluating,” Nanterme said. “It’s all about selecting the person. And if you believe you selected the right person, then you give that person the freedom, the authority, the delegation to innovate and to lead with some very simple measure.”