How To Uncover The 3 Hidden Talent Pools You Already Have 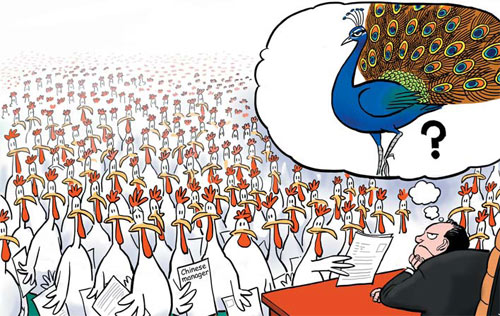 Executives in every company we work with express concerns about their ability to attract and retain managerial talent. The solutions for most organizations are to either recruit young workers directly from school and invest in their development, pirate leadership talent from competitors, or to find it internally. Of these alternatives, we strongly advocate organizations first take a close look inside.

How can companies identify individuals in their ranks who are capable of stepping into these leadership positions? We direct them to examine three groups of highly talented and underutilized individuals who would be strong candidates for these future leadership roles: Women, young supervisors, and individual contributors.

We did a leadership study with more than 300,000 raters of 24,000 leaders. Of those leaders, 65% of them were male and 35% were female, 64% were in the U.S. and 36% were outside of the U.S. At every level, more women were rated by their peers, their bosses, their direct reports and other associates as better overall leaders than their male counterparts — and the higher the level, the wider that gap grows. Two of the traits where women outscored men to the highest degree — taking initiative and driving for results — have long been thought of as particularly male strengths. Equality has come a long way in the workforce, but women are still underutilized in many companies. If you are under the assumption that a man is more apt to lead than a woman, our research suggests you should think again. Don’t overlook this hidden talent pool.

A few years ago I had a conversation with an executive of a software company after the implementation of their leadership development program. I asked if in hindsight she would do anything differently and was intrigued by her response: “We would begin to train our leaders much earlier.” This prompted me to research when companies typically start development of their leaders. When I looked at our database of 17,000 worldwide leaders in our training programs who hailed from companies in virtually every sector of the world, I found the average age was 42. More than half were between 36 and 49; fewer than 10% were under 30; and fewer than 5% were under 27. This meant that in the typical company, a supervisor functions for 9 years before they receive any leadership training.

Most companies were simply waiting too long before offering these talented young supervisors an opportunity for leadership development. A person does not also gain leadership talent merely by receiving a title. If we set the expectation that everyone can grow and progress, if we take development plans seriously, and if we elevate self-development to a much higher priority we can create a culture that allows individuals to develop leadership skills at an early age. This means they make fewer mistakes, they increase their likelihood of success and we increase the chances for every employee to work for an effective boss.

Anyone who has worked in organizations knows there are people without managerial titles who have no direct reports but wield great influence and make critical contributions to the firm. These are the highly professional individual contributors.

They have a big influence due to their technical expertise, yet they often receive no leadership development training because they don’t manage anyone. Ironically, individual contributors are more influential than managers in training new employees because they are the ones teaching basic skills or answering “on-the-job” questions. They become the role models for what a good employee looks like. They give feedback, they work with customers, and they are the pool for future leaders. Individual contributors are a huge asset for every organization. Yet they typically fail to show up on anyone’s radar screen for development.

We believe organizations are missing a great opportunity to retain these key people, to help them be even more influential, and to prepare a portion of them for key managerial positions in the firm.

In the coming years there will be many talented leaders retiring. While there are many hiring options for organizations, you would likely be surprised at the level of talent you already have within your own walls. I invite you to look more closely at these three groups of individuals and to plan now for your future. Peter Drucker once said, “The purpose of an organization is to enable ordinary people to do extraordinary things.” I challenge every organization to find those seemingly ordinary people and see what extraordinary leaders they can become.