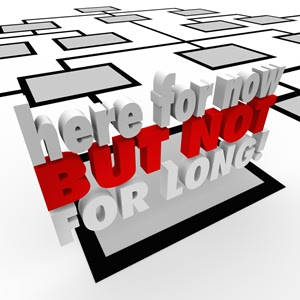 We all know that change is inevitable in business, and employee turnover is part of that change. Yet while all turnover can have an impact on the company at large, executive departure can incite some of the most startling reactions.

Consider, for example, last year’s announcement that Steve Ballmer would retire as CEO of Microsoft–or, more recently, that Larry Ellison would step down as CEO of Oracle. While neither of these events ultimately wrought extreme havoc on either organization–at least outwardly–they were nevertheless massive management shifts. We saw how the pundits and the press debated about what the future would hold, but we weren’t privy to some of the more important discussions–the internal ones that occurred in the hallways and conference rooms. Those were the discussions, I imagine, that carried with them the heavy weight of anxiety. That feeling of… What now? What will this mean for me?

That gut reaction among employees can be devastating to the morale of an organization, so it’s vital that executives and managers plan ahead to prevent it. Here are a few guidelines to keep in mind when–and, more importantly, before–any key executive considers leaving:

First, understand whether the departure is wanted or unwanted by the executive–but don’t announce the rationale publicly. I’m not saying you shouldn’t be truthful. I’m saying be smart. This question of why an executive leaves will govern how you manage the process going forward–because this is the factor on which all employees will immediately focus. Consider this: If a CTO steps down intentionally, your workforce will wonder if he knows something about the company’s technology that signifies impending doom. Or if a CFO willingly leaves, maybe she wasn’t happy with the way her department was run–and the employees in that group will question their skills. Alternatively, if the executive was forced out of the position, and employees know this, they will also know there was disagreement at the highest level of the company. Bottom line: Keep the reasoning quiet, as it doesn’t serve a purpose and only ignites worry.
Second, communicate quickly and positively. When you think about it, this is actually a prime time to reiterate what the company’s mission and goals are, and acting fast can be monumentally beneficial to company mindset. Often, executives leave because goals change, or because they aren’t the ideal leader to manage new goals. Rather than positioning this as a parting of ways or an inconsistency in requisite leadership skills, however, you need to turn this into opportunity. When one CEO or CMO leaves, for example, a new visionary steps into his or her place. It’s a chance for a fresh point of view, where the company and employees can learn new things, advance in new directions, and move the organization forward. But this is only possible if you have a plan and act fast. Waiting too long poses other issues altogether. (See the next point.)
Always have a plan. Let’s go back to when Steve Ballmer left Microsoft. This is just one example among many where a C-level executive departs his position and the public (i.e., shareholders) are told that a search will commence for a replacement. This is, in my opinion, never an ideal move. When a valuable leader leaves a position for whatever reason, and you have to announce the vacancy but no permanent replacement, you are telling the public one thing: You didn’t plan for this. Sure, there might be momentary glee in the idea: Microsoft’s shares jumped at first when the announcement was made because people saw the possibilities. But it’s not something you can count on. People need leaders, and every company has critical positions that, if suddenly vacated, would need to be filled almost instantly. This is the purpose and value of succession planning: appeasing anxiety while ensuring continuity in a critical role. When you have a succession plan in place, announcing an executive departure becomes a positive thing. Better yet, when you are pulling someone internally to fill the position, you always boost morale. But if you don’t have a plan, you can’t hide. You will eventually have to communicate the truth: a short-term acting leader and a search for a replacement. For Microsoft, that took quite a while. How long would it take your organization?
No one wants to tell the company that one of their high-level executives is walking out the door–but it happens. We all know it. Think of it as an occasion for communication. If you’ve been caught unaware, have your C-level team talk with employees and stay close to the pulse of the organization. Maybe you’ll learn something about why turnover is occurring at any level, and you’ll get the double benefit of demonstrating a leadership team that’s eager to engage with the workforce and grow from adversity while alleviating concern.